I’m a recovering vegan. If you’re vegan you might not like that statement. But I stand by my stance based on my life experience.

When I started eating animal proteins again I was post op, feeling like I was going to die. Something inside screamed at me, “You need to eat some stew.” So I did for the first time in 2 years. And I felt like I came back to life.

The journey from veganism to eating animal proteins again has been a long one for me, rooted in a desire to feel better, and not harm animals. I didn’t spend much time in the whole, “cow farts cause climate change” belief – some of the entities who have big stakes in plant based food products are backing that narrative, so it’s up for serious debate. Also, science has been so compromised by big business that it’s impossible to confirm if that stance has any validity at this point.

I went the vegan route for reasons that were important to me – that I felt were right at the time. I wanted to experience and cause less suffering. I thought it would help my nervous system. But after restricting myself to such a degree and eating so many processed foods, I realized it was causing me to suffer so much, and I needed to reconsider my stance.

Now that I eat animal proteins again, I feel healthier, with a more robust and resilient nervous system and immune system due to minerals and vitamins from non-vegan sources.

I’ve come to terms with my lived truth, which is that there are certain minerals the human body needs in order to function – particularly the brain and nervous system – and some of those come from animal products.

Once I stopped eating so many processed vegan foods, I was able to access some objectivity on this “thing” the vegan movement had become. I had been so intertwined in it for so long that I couldn’t see past what I wanted, and what I had been conditioned to see.

A short amount of time away from it, and I started to realize there were many red flags within the vegan movement.

For one, the extremism. The fanaticism and the judgement vegans had a tendency to direct at anyone not on their path was suspect. It was at times, tyrannical and laughable. I found myself partaking – it was like the movement motivated some egoic belief, that somehow only eating plants made you superior.

That felt psychologically unhealthy to me, and lead me to suspect that the driving force behind the normalization of only eating plants is not for the betterment of humanity. As does the fact that billionaires with sketchy histories are buying up farms to create more fake meat. And they all eat animal proteins!

(I’ll never forget the day I listened to a podcast featuring the owner of bulletproof coffee, who admitted none of the immensely wealthy business people he chums with are vegan. And neither is he! The podcast host clearly was, however – the silence was palpable. So awkward and SO telling!)

I was also concerned with the collective obsession with avoiding all suffering, and how that ties into the vegan movement. If we think we can avoid all suffering on this planet, we have an egoic complex – a dangerous one.

If we are causing suffering to our bodies and minds, and to others, by supporting a movement that advocates for societal-wide nutrient deficiency, and the consumption of chemically laden, fake food, this idea of no-suffering is off kilter. It’s delusional.

When we move beyond the earthly realm of thinking, we can ask ourselves, “who are we to say a soul hasn’t come here to experience some degree of suffering?” It’s ignorant to assume we know what is right for everyone and everything.

As my friend who is a buddhist told me, some souls are here to have certain experiences. Someone may be in the bardo state, post life, and have their actions assessed. “You were kind of jerk – now you need 10 lives as a chicken to balance your karma.” But all these humans are claiming that eating chicken causes suffering.

I mean, who do we think we are, to contend to know that the path for human beings is to eat chemically-laden foods, void of nutrients? What does this say about how much we love ourselves, to accept this replication of value as being “the way”?

I believe we need to stop the entities who are poisoning the soil, land and air, and who are brazenly attempting to restrict our access to nutrient-rich foods. And we need to treat animals better – do a better job of raising them in ethical ways, stop positioning their food, grass and air, and let them roam.

We need to start questioning the entities agendas to kill off animals and get everyone eating nutrient deficient foods.

Beyond meat is a chemical concoction. And most of the plants grown on this planet are grown in nutrient deficient soils (shop at your local farmers market instead of the shops. The soil is likely to be less stripped of minerals.)

All that said, I want to share some supplements that I take daily to help my body recover from the nutrient deficiency I experienced through a vegan diet.

Even if you aren’t recovering from veganism, these supplements are something to consider integrating into your daily life.

As I’ve said, our soils are depleted, which means we are naturally quite deficient in many minerals. And with a western diet, there are many things we don’t eat, like specific seafoods (learn more below) which means we aren’t getting pure sources of certain minerals.

Our bodies need some help that supplements can offer.

Here is a beginner list of suggestions, from one recovering vegan to another. I will add to it in the future, so feel free to check back if the idea every enters your cranium:

This is one of the first things I integrated into my daily life post veganism. I wanted nutrients I could put in my coffee or tea, so my body could directly absorb them. I was also keen to alleviate having to take too many vitamins every day (I was taking SO many supplements during my vegan days. Choking on vitamins is not my favourite pastime.)

I feel good using this as a supplement. There are tons of collagen products out there. This one is free of pesticides, hormones, chemicals and contaminants.

It’s also the world’s first collagen that is free of glyphosate, with lab testing to back it.

This is key to us getting healthy: if the foods we take in have poisons in them, we are kinda on a hamster wheel with our health, ya know?

It’s not always possible to eat chemical free foods. So we have to make it happen whenever possible. Our health is in our hands! Err, our coffee. I really like to use this in coffee. I add some MCT oil, some maca powder and cocao. It feels good. A good AM routine.

Check out Perfect Supplements Collagen for yourself. 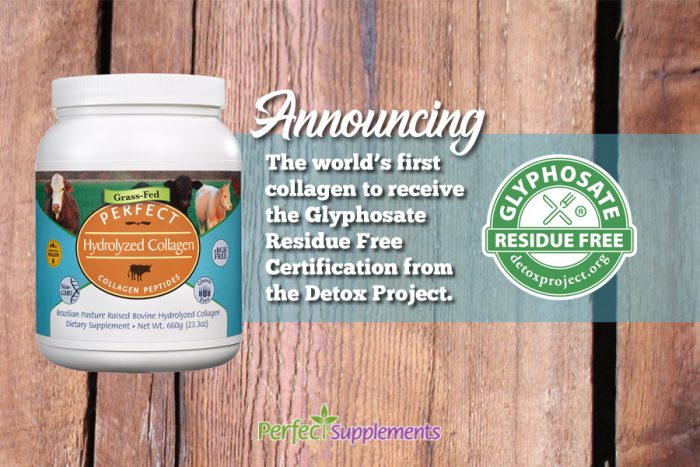 I grew up near the sea, but never was much for oysters. However, as I’ve gotten older, I’ve dabbled.

There’s something to be said for wealthy people eating oysters. A good way to consider what the human body needs for vitality and longevity, is to witness & ponder what people with money consume in the ole food department. I mean, why do they have all those oyster bars? What’s up with that?

After eating processed foods for a long time, I was keen to get straight to the source of foods that contained immense nutrients. Oysters – specifically OysterMax pure oyster extract powder – peaked my interest.

I mean, they had me at B12, Iodine, Zinc, Selenium and Copper (don’t get me started on Selenium – dang do we need it!) What does all that help with? 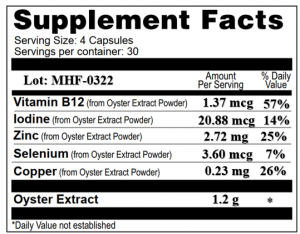 The capsules are produced in a food grade facility by some lovely folks in Ireland. I’ve loved the benefits of this product to the point that I’ve reached out to them and asked for a coupon. They said yes. ‘Cuz people from Ireland are awesome.

Use the coupon ‘ MUSTLOVECROWS10 ‘ to receive 10% off your order of OysterMax. 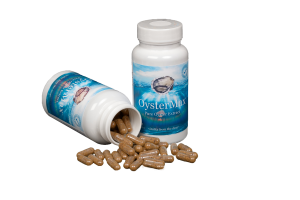 Option: join my community and I’ll send you an email when I update it.

I anticipate push back on this post. The vegan movement is like a tidal wave of emotion. It has been engrained into so many elements of messaging throughout society. And it has been fuelled by shame – “How dare you eat animals!” – and propelled by egoic delusions about how to remove all suffering on this planet.

Look – I’m pretty straight up about the fact that this human experience we are all having? It’s gonna entail suffering. And this idea that we can somehow avoid it and save everyone and everything is a dangerous path. Because it stems from an unhealthy, adamant refusal to accept the human experience.

It’s the way humans believed invasive coercive procedures that violated bodily autonomy was going to save people. And it didn’t.

As an astrologer, no matter what chart placement I’m considering or transit I’m pondering, I’ve always got Neptune in Pisces at the forefront of my mind. Because to me, this placement speaks to collective delusions. Realizing we have been delusional often takes a profound moment – a profound experience – for us to see beyond the haze of faux-life, which therefore, propels us to seek the truth.

This has been my experience with veganism. Getting sick, and realizing how I’d contributed to my own sickness by going along with group think about how I should feed myself? It was a very humbling experience.

The suffering I experienced forced me to look at the truth of my veganism journey. Not through a peer-studied review, or a hollywood movie created to convince you that you simply must do away with all animal proteins – through the power of observing my own body, my mind and how I felt, day to day.

This led me to eating meat again. And I’m not the only one. There are many human beings becoming aware of the dangers of a vegan lifestyle these days.

We may face resistance and aggression from the plant based obsessed. But that’s ok –  we have the right nutrients in our systems to help us withstand the pressure and anger. We’re good.