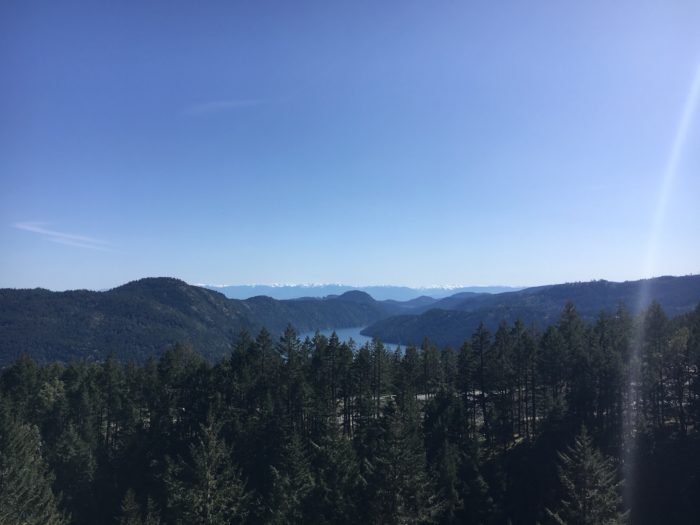 I believe…in our ability to be kind even when someone isn’t kind to us.

I believe we can cultivate one-sided kindness.

I didn’t always believe this. I used to be trigger happy when it came to showing people what was up when I sensed a millimeter of fuckery being directed my way. I was addicted to the rush, and the subsequent high, of demanding respect from people who didn’t want to give it to me.

Until I started to see the correlation between stepping back from being a just under 5’3” fire hydrant of aggression and being happy (I have always felt the need to be very specific about that “just under” part. 😂)

I still feel the pull to react. It will always be there because it’s the result of my life experiences.

Defensiveness: I learned that.

But in reconnecting with the soul living below the layers of fear I’ve learned that strong emotions don’t need to be acted on. They can be given time to be felt without letting them screw up my sense of calm.

I don’t always get this right. I still feel slighted by people on occasion, and I still get pissed off, particularly amongst excessively unsupportive, contempt carrying people. It takes a bit of work to shake off interactions with folks like that.

But I’ve learned in recent years that much of the time people aren’t intentionally screwing us over – they’re just not thinking about us at all.

It’s the memories of betrayal that attempt to command us to take their lack of empathy personally.

So, varying degrees of supposed disrespect may actually be someone being incapable of thinking about how something might affect you. It undeniably sucks, but I know from experience that coming at someone like an emotional battering ram isn’t going to make them respect you or act the way you want them to act.

You can’t bully someone into being empathetic.

You’ll never be able to get people to act how you want them to act. But if you act last – that is, after you pause and allow yourself to process strong emotions – the whole scene will end in a less traumatic fashion than it will if you fly in with your emotional guns blazing.