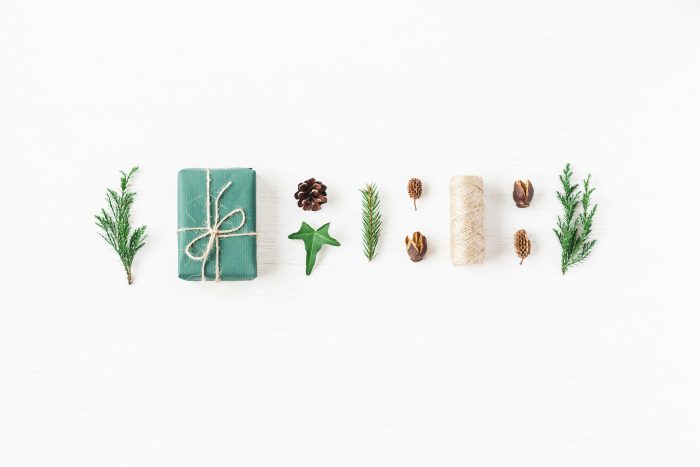 Christmas is coming, and every year at this time for as long as I can remember, I’ve put a lot of energy into answering the question, “What do I want for Christmas?”

The same routine has played out until as recently as last year. Want a new jacket, even though you already have 4? New boots even though you already have 3 pairs you barely wear? Locate desired items via greed frenzied finger scrolling on cell phone, add to your list, and they shall soon be yours, at which point you’ll feel better for a little bit. That is until you don’t again.

Greed in all its grotesque forms is something I feel driven to separate myself from these days. I find the more I continue to heal myself and set standards and boundaries in the name of wellness, the less willing I am to continue to do things the same tired way.

Wanting all the time is exhausting work. I’m grateful to now be aware of where the greedy impulses that rise up within me, telling me to buy this or order that, come from. They are the result of one aspect of my personality, formed as a result of trauma, telling me, “Who you are isn’t acceptable. You need this stuff so you can convince other people and yourself that you’re not as shitty as you actually are.”

Heavy, yes. But our struggles don’t cease because there’s Christmas music playing on the radio.

Some dysfunctional beliefs are fueling the incessant wanting I’ve worked diligently to redirect in recent years, but never going without for the majority of my life has also been a catalyst. I recall a lot of money being given in lieu of love, and very few occasions in which I didn’t get what I wanted, save for the Cat-ra doll fiasco of Christmas ’86 (Damn it, mother! I said She-Ra!)

Jokes aside, I wasn’t prone to freaking out when I didn’t get what I wanted. Unlike the friend who threw an epic tantrum in the Vancouver Pacific Center Mall over an unmet desire for a kick-ass Esprit jacket in the mid-90s, I knew when to let things go in the “Mom, can I get this?” department. Sure, I was greedy – that’s what happens when kids are given what they want all the time – I just understood that freaking out over not getting what I wanted wouldn’t get me what I wanted.

I didn’t push the boundaries, at least not directly. I knew there were certain things I could ask for and get, and I knew when to stop asking. I also knew that a time would come when it would be safe to start asking again, at which point I’d be able to acquire something new that would make me feel good for a bit.

Though this cycle of consumerism felt comforting at the time, it was anything but.

I had zero understanding of how damaging the process of self-soothing through stuff could be, or that it would manifest into something so destructive in my 20s and 30s. But at the time it was a huge contributor to me being able to experience the blips of faux-happiness I craved, so I was all in on keeping it going.

As gag-reflex inducing as it is to admit, the same cycle has played out in recent years. Want something, get it; want more, get it. And I’m officially over it.

This Christmas, I’m pulling the plug on wanting and focusing on what I need.

Right off the bat, I think of my shoulders. They could use a break from straps being dug into them after 10 minutes of wearing a bra which, if it could speak would say, “Your boobs are shaped wrong. Let me try to fix them while simultaneously constricting your breathing, Mmmm K?”

That said, a new bra would be really nice. But “Would be nice” sounds like a want, not a need. Hmmm.

But if I consider that me being well, both mentally and physically, isn’t a want, it’s a need, then the acquirement of something that doesn’t attempt to shove my boobs up to my chin and make me feel like I’m in the midst of cardiac arrest when I wear it definitely errs on the side of need.

All that said, my Christmas list is going to be minimal this year. I’m not going to get frenzied trying to populate a list of unrequired items, and I won’t drain myself by allowing the part of me that’s a work in progress to manipulate me into thinking or doing otherwise.

Incessantly wanting things is exhausting. Life is much more pleasant when we let go of trying to constantly acquire stuff we don’t need.

Maybe you can relate. Maybe you’re prone to spending a lot of time scrolling on your phone this time of year, wondering what to tell your partner to get you, and you can’t help but acknowledge how frantic, overwhelmed, and uncomfortable you feel when you do.

Maybe you notice your kids doing the same thing. Maybe their cell-phone-stoned faces from excessive website scrolling disturb you. And maybe you realize that whatever overpriced item they’re jacked up about getting is going to end up in a landfill or thrift store in 1–6 months, which makes you want to throw up your grande peppermint mocha.

Maybe you’re feeling what I now feel about the process of wanting during the Christmas season: “This is gross. Time to get serious about stopping the cycle of greed I’m contributing to.”

If that’s the case, let’s both commit to adding the following item to the top of our lists. It doesn’t cost a thing or require shipping, which if you’re in Canada is a really good thing because we are dealing with the aftermath of one hell of a postal strike:

“Be grateful for what you have.”